The Impact of Children Having Healthcare Insurance

The Impact of Children Having Healthcare Insurance

WV KIDS COUNT is publishing a series of Issue Briefs on The State of West Virginia’s Kids with content produced in partnership with organizations that are topic experts on timely and critical issues impacting West Virginia’s children and families. The first brief, Covering West Virginia’s Kids, focuses on children’s healthcare coverage, specifically noting that having health insurance is associated with a number of positive outcomes, especially for low-income children.

THE STATE OF OUR CHILDREN 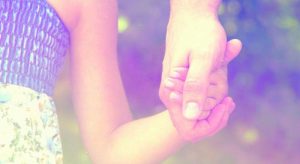 “Since CHIP started nearly 20 years ago, it has played a pivotal role in reducing the rate of uninsured children in our state by nearly half while helping to assure coverage for children overall at a historically high rate of 97%. Studies of CHIP nationally have shown that CHIP has not only contributed to improved access and use of recommended care for children, but it also reduces disparities affecting low income children. We are now faced with the challenge of preserving these gains so that we can build on them to achieve better health for the children of West Virginia.”

Access to routine medical care and preventive services is critical to the physical and social well-being of children. Research demonstrates that, compared with their insured counterparts, uninsured children have less access to health care and are less likely to have access to a regular doctor or health care provider. They often receive care late in the development of a medical problem, and as a result, are at a higher risk for hospitalization and for a missed diagnosis of a serious condition.

Children with health insurance coverage, whether public or private, have better access to care and better health outcomes than their uninsured peers.

Over the last 20 years, since the Children’s Health Insurance Program (CHIP) was established in 1997, the United States has made significant progress in expanding health insurance for children. In 2016, the number of uninsured children nationwide dropped to a historic low: 95.5 percent had health insurance, up significantly from 90.7 percent in 2008, and from 95.2 percent in 2015.

West Virginia continues to serve as a national leader in children’s health insurance coverage. In 2016, 97.9 percent of children under the age of 18 were insured.

Improvement in children’s insurance coverage rates is a result of more children enrolled in Medicaid and the Children’s Health Insurance Program (CHIP).

While 52 percent of U.S. children are covered by private insurance plans, 43 percent are covered by government-sponsored programs, the largest of which are Medicaid and CHIP.

Both nationally and in West Virginia, Medicaid is the largest insurer of children. In 2014, 43 percent of those insured by Medicaid were children, while this demographic accounted for just 19 percent of Medicaid spending.

Medicaid, a federal-state health care program for low-income individuals and families, offers a comprehensive benefits package to the lowest income children. The Affordable Care Act standardized Medicaid eligibility for all children, birth through age 18, at 138 percent of the federal poverty level (FPL), although many states use a higher income eligibility level than the federal minimum.

“Both nationally and in West Virginia, Medicaid is the largest insurer of children.”

“Seventy-nine percent of all federal funds West Virginia receives are for Medicaid.”

Since West Virginia has the second lowest per capita income in the U.S., it receives one of the highest federal Medicaid matching assistance percentages, at 73 percent. Cost sharing is prohibited for children with family incomes under 100 percent of the FPL, and premiums are prohibited below 150 FPL. Seventy-nine percent of all federal funds West Virginia receives are for Medicaid.

Under CHIP, the federal government covers a higher percentage of the overall cost than it does under Medicaid. West Virginia receives a 100 percent federal CHIP matching rate. The state is one of just 12 states that receives this rate.

A large percentage of West Virginia’s kids are insured through their parents’ or guardians’ employer-sponsored insurance. In 2016, 43 percent of children received insurance from their parent’s employer.

Around 2 percent of children purchase insurance directly from an insurer or through marketplace plans, which provide essential health benefits, including pediatric services such as dental and vision care. 15 Some families opt for this route to ensure that their children with pre-existing or chronic conditions receive comprehensive coverage.

And around 2 percent remain uninsured. This number is a historic low for West Virginia.

Evidence shows that having health insurance is associated with a number of positive outcomes, especially for low-income children. It provides children with access to preventive service, helps protect families’ financial security, and puts them on the right path for academic success and a healthy future. During this time of transition and fluctuation in our nation’s health care system, it is more important than ever for West Virginia to continue to build on its historic success of and commitment to insuring its children.

Evidence shows that having health insurance is associated with a number of positive outcomes, especially for low-income children.

If you would like to help us make West Virginia a great place to be a kid, for all kids, please DONATE to support our mission by making an online donation at:

WV KIDS COUNT is a nonprofit organization that exists because of funding provided by donors like you. Please make your tax deductible contribution today.

If you have any questions or would like more information about our organization, you can email us at: tricia@wvkidscount.org
or communicate through other options below.